There was always something unsettling about empty buildings, but more so now...

A sense that they watched her, waited for her, as if they knew she were the only one with whom they could share their secrets….

Brynn cherished her quiet but full life as a South Dakota farmwife, mom, and artist before she was abducted, brutally assaulted, and left for dead. Though Brynn’s memories of her own unsolved assault remain elusive, the resulting trauma has left her with the eerie ability to see memories buried deep within the walls of old, abandoned buildings.

In her fervent search for her attackers, Brynn’s newfound gift has proved useful, also helping solve a 16-year-old mystery involving Brynn’s best friend. It’s also piqued the interest of the local sheriff, who’s asked Brynn to work with him on other local cold cases.

As a consultant to Sheriff Raske’s task force, Brynn delves into the heartbreaking and grim unsolved crimes of her community, her own haunting case among them. Brynn learns that small town secrets are often intertwined, and now, caught in the web, she discovers too late that someone wants her off the case. But which case? And how far will they go?

What an amazing book! I couldn't put it down I had it done in a few short days. The story pulls you in and you keep trying to figure out what's going to happen next. You're sure you know who's making the phone calls and then a big surprise comes and pulls you right out of your seat! You find yourself being pulled in to every breath Brynn breaths and even holding your breath as you turn each page. This is one great book, if you are into suspenseful novels then this is the book for you. Her beautiful illustrations of everything that is going on in the story makes you feel like you there and feel and smell everything Brynn does.
I can't wait for the next book that Chris writes.

Suspenseful, I couldn't put it down.

WOW! I read the 1st book Vacant Eyes and have been anxiously awaiting this one Borrowed Memories, WOW! I will not tell my favorite parts of the book because I I loved it all, plus I don’t want to accidentally post a spoiler. Let’s just say I couldn’t put it down, I was sucked in from chapter 1 until the end. I feel as if I am right there with all the characters and I can picture them and the places so vividly thru the writing details. Chris is an amazing writer and I will now be anxiously awaiting the 3rd book in this trilogy. Chris really knows how to capture the full spectrum of emotions in her books. Congratulations and well done on this book Chris. Between taking care of my toddlers needs and laundry I finished this book in about 10 hours because I didn’t want to stop reading it. Thank you. You hit it out of the ball park for me. Thank you again, you are a great writer.

Awesome suspense that pulls you in right away

Chris Mager Wevik is a rock star at creating stories that pull you in. I had just finished Vacant Eyes, the novel that leads in to Borrowed Memories. It was a seamless transition. Chris has the ability to knit previous facets of the original story into the sequel, so you won’t wonder where you are and what you’re doing there.
Brynn’s family is an average Midwest farm variety. Pigs to feed, crops to harvest. Add in a grandma, a grandchild, and a faithful dog, and it’s a pretty typical mix.
Except for a couple of things: Brynn has a special talent and a violent past. These two elements turn general suspense into chair grasping drama. You want to yell “Get out now!” But sometimes she waits longer than she should.
Borrowed Memories is a sequel to Vacant Eyes, so you should also treat yourself to that one too, to get the whole story. I think both books can stand on their own, but it’s better as a pair. I loved them!

Can't wait for the next installment!

I loved this book. I read the first in the series, Vacant Eyes, and it had such a unique premise and I fell in love with the characters, so I was looking forward to Borrowed Memories. I liked this book even more than the first! The author did a great job of further developing the characters and their relationships in such a believable way (and I appreciated all the Midwestern small town slang and references). I felt like I got emotionally attached to the characters, especially Cole. The book was seriously suspenseful from start to finish, and the ending was beautiful. It was altogether an exciting, emotional rollercoaster. I'm definitely looking forward to part 3 in the trilogy.

Was waiting in anticipation for this book

I won't go into great detail of what this book is about because I don't want to spoil anything, but I was not disappointed and you won't be either. You will feel love, anger, fear as you are drawn into what happens on each page. You will not want to put it down. If you haven't read Chris Mager Wevik's Vacant Eyes I highly suggest reading that one first. I am so hoping that Chris will soon be writing another. I know you will enjoy this book as much as I did. 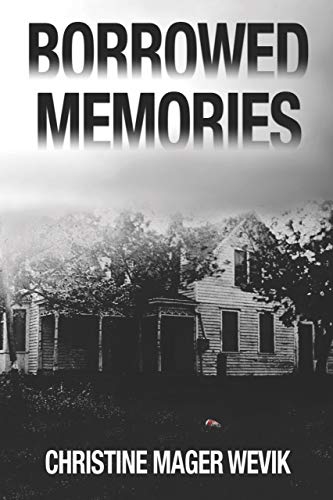 Available for purchase at these fine retailers